I was home with the flu two weeks ago. Needless to say, the television was on all day, and I watched an unhealthy amount of news broadcasts. The news cycle has been mind-boggling. There are heated debates about gun control. Al Qaeda pockets are springing up in new regions, and something significant may have happened at a nuclear facility in Iran. And then there’s the national debt. Ah, the debt. But one news item really had me wondering what planet I’m on.

A star college football linebacker was in love with someone who didn’t exist? I can’t get this story out of my head.

No matter how this story unfolds, the truth (hidden somewhere under a well-crafted pile of debris) is a tragic testimony to a generation raised in a parallel universe. When I was a kid, this was the stuff of science fiction. This would have been an episode on Twilight Zone or Night Gallery. The twist at the end: SHE’S NOT REAL!

Even if it turns out that Manti Te’o did the unthinkable and made the whole thing up for publicity, it’s still a tragedy. Except the twist would be: HE’S NOT REAL!

Do you get my point?

I am a fiction writer. I have been writing stories with make-believe characters since I was ten years old. But even at that age, I had a crystal clear perspective on the lines of separation and the knowledge that storytelling is an art form. I played outside with friends who were real, and I learned how to interact with human beings. I played board games on rainy days. I competed at school—winning at some things and losing at others. I had a sense of myself, for better or worse, and where I fit (or didn’t fit) into the world around me. As a football player who grew up in Hawaii, I doubt Manti Te’o stayed locked in his room. So what happened?

Now we have the ability to create and recreate alternate, simulated selves. Kids know their gadgets and games better than they know their peers. They are disconnecting from reality, and that’s a fact. So while we’re all fighting about gun control and making incessant attempts to legislate ourselves back to sanity, this “catfishing” story points to a much deeper problem. Are we to believe a handsome, well-built, academically-gifted, soon-to-be-rich, popular young athlete had a girlfriend he never kissed? If not, then we have to believe he is calculating and arrogant enough to think he could make up a story for self-promotion without suffering any consequences. Either way, this story should be a springboard for a real debate.

Should we continue to let kids exist in a cyber world where there are no limits and no reality checks? If we do, then maybe all high school curricula should drop subjects like social studies and anthropology and replace them with marketing and cyber-psychology. After all, if we don’t do something about this great disconnect, marketing a celluloid self is all the next generation will have to know to get by. Right?

I'm the author of two novels published by Pocket Star Books (Simon & Schuster). This blog will give you some insight into the mind of a writer as my next project takes over my life... 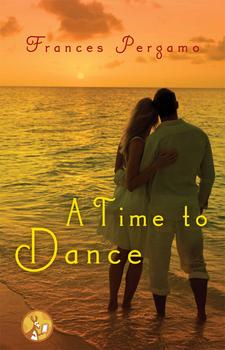 Error: Twitter did not respond. Please wait a few minutes and refresh this page.

Howdy! We're the largest independent bookstore in Texas. This is our blog.

Reflections of a Book Addict
The Bookshelf of Emily J.
Eleventh Stack

A books, movies, and more blog from the staff at the Carnegie Library of Pittsburgh - Main.

The Task at Hand

A Writer's On-Going Search for Just the Right Words

Editor and writer. Interested in tiny things, nineties nostalgia, old jungle mixtapes, punctuation, and my cats. Not to be fed after midnight.

The latest news on WordPress.com and the WordPress community.